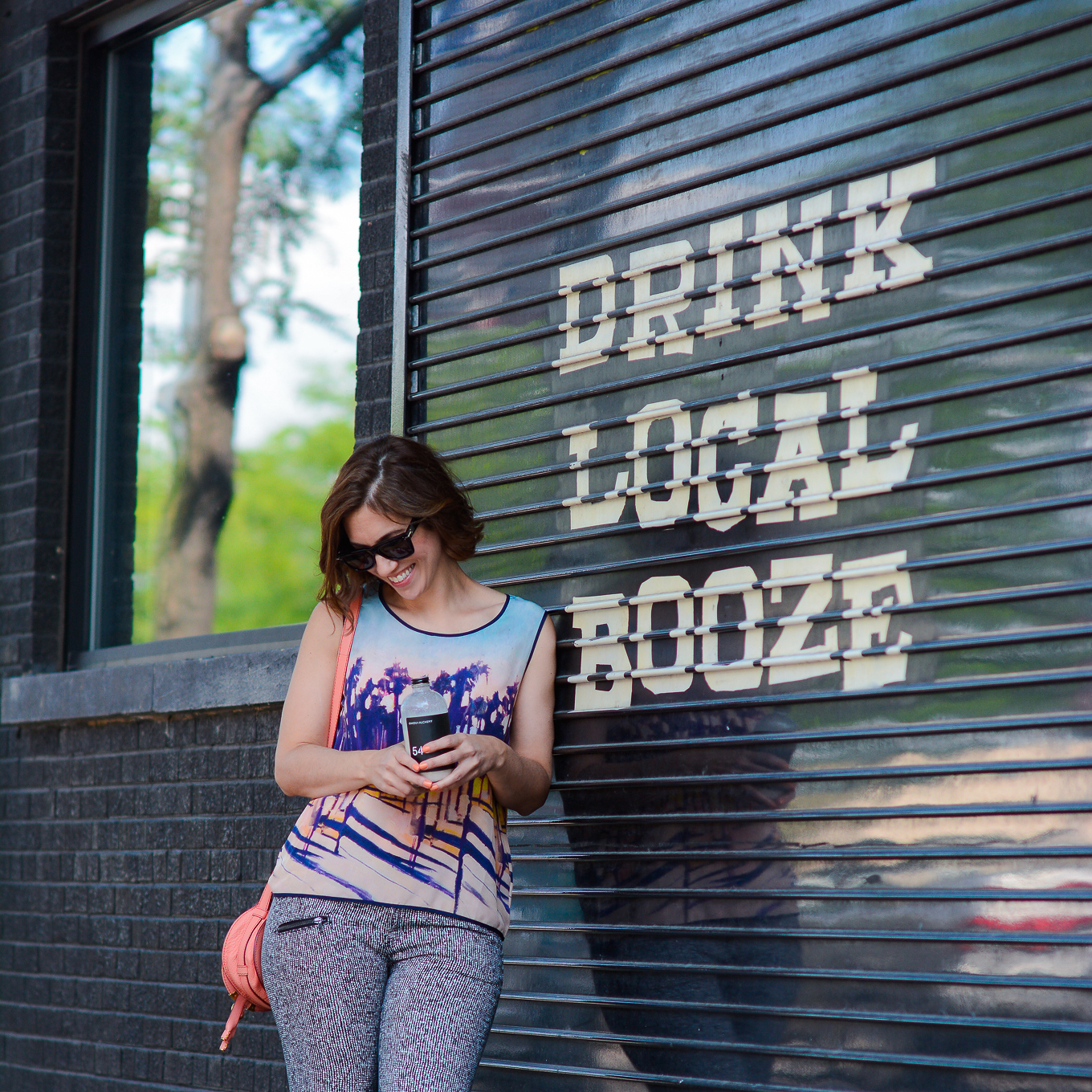 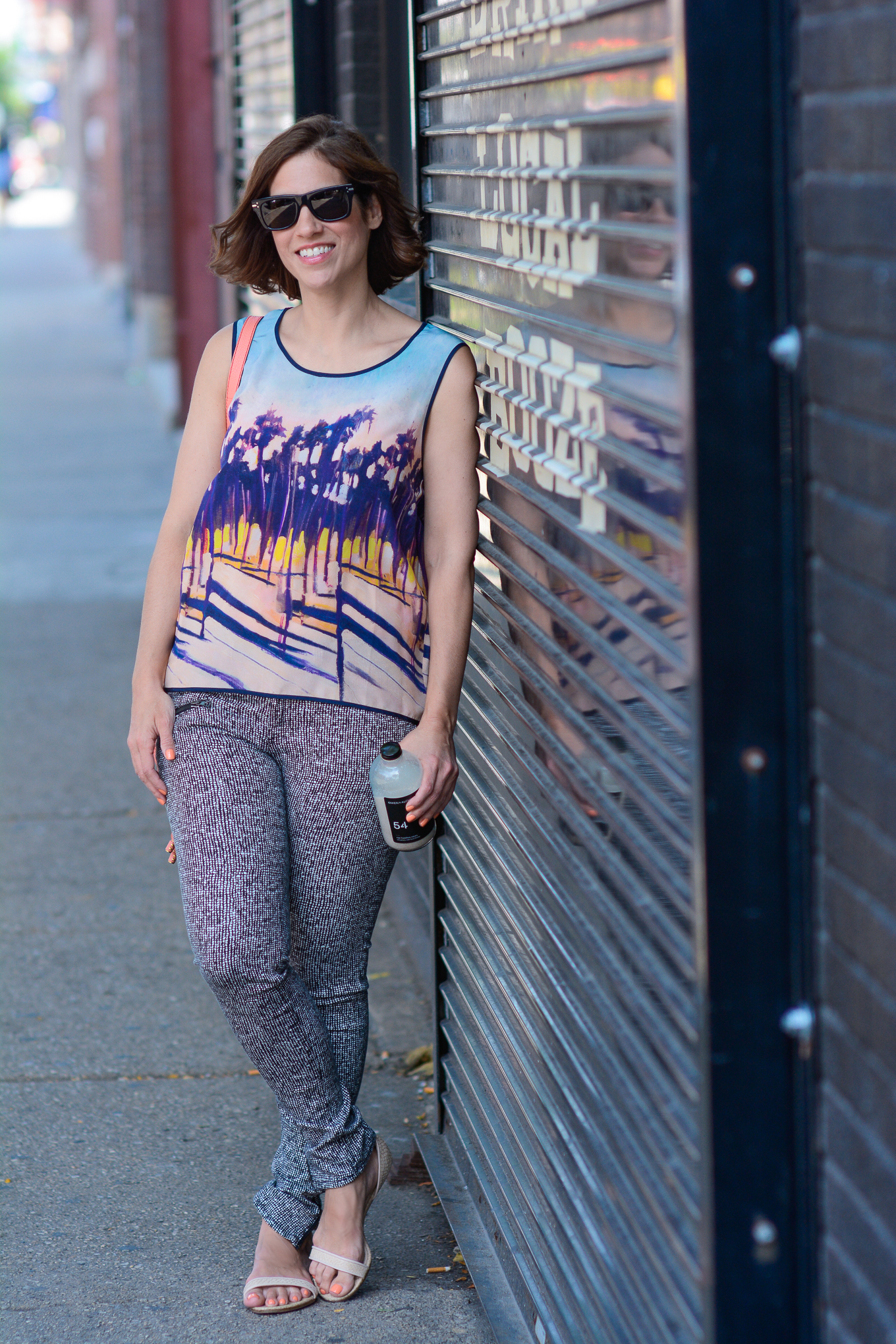 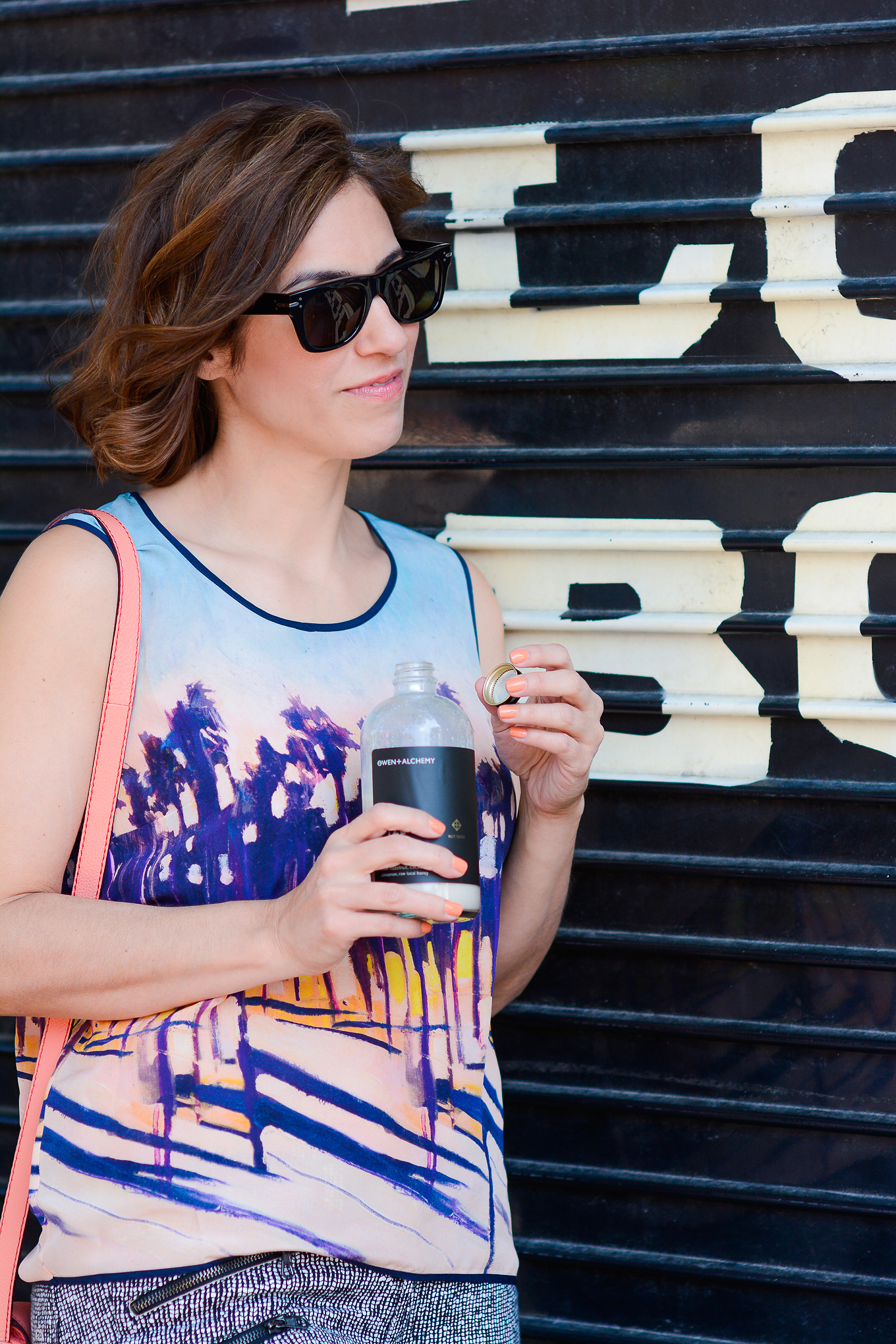 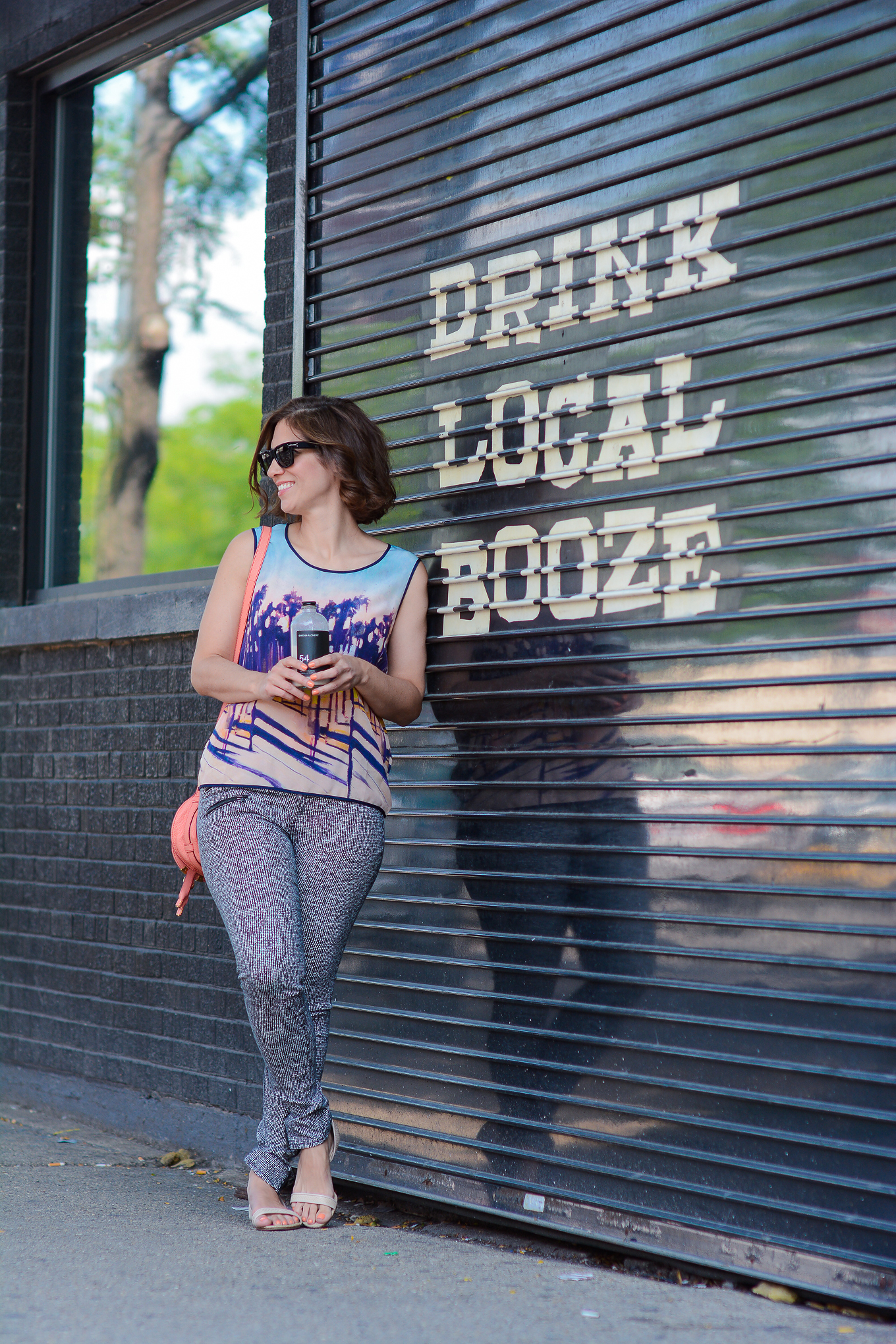 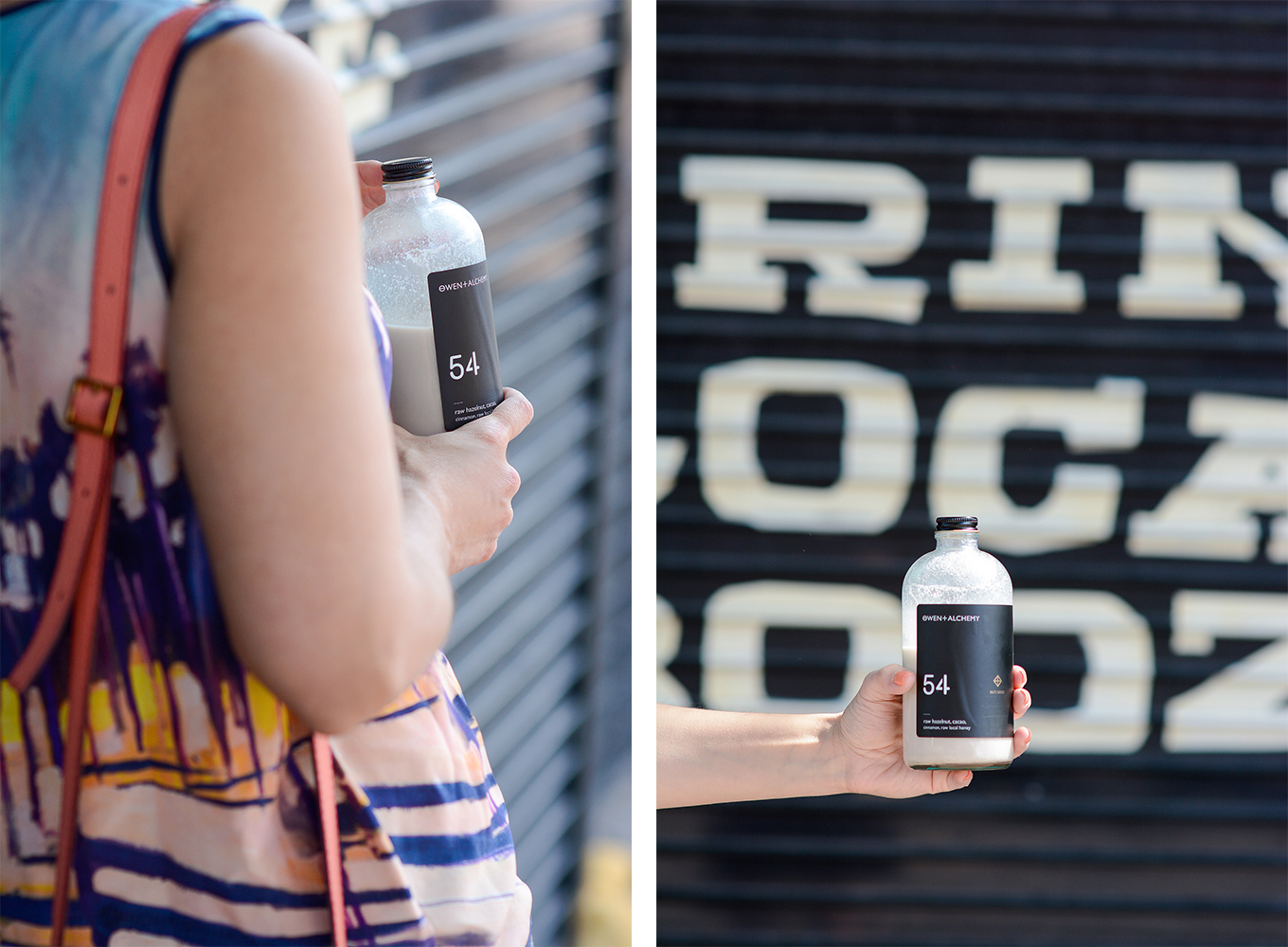 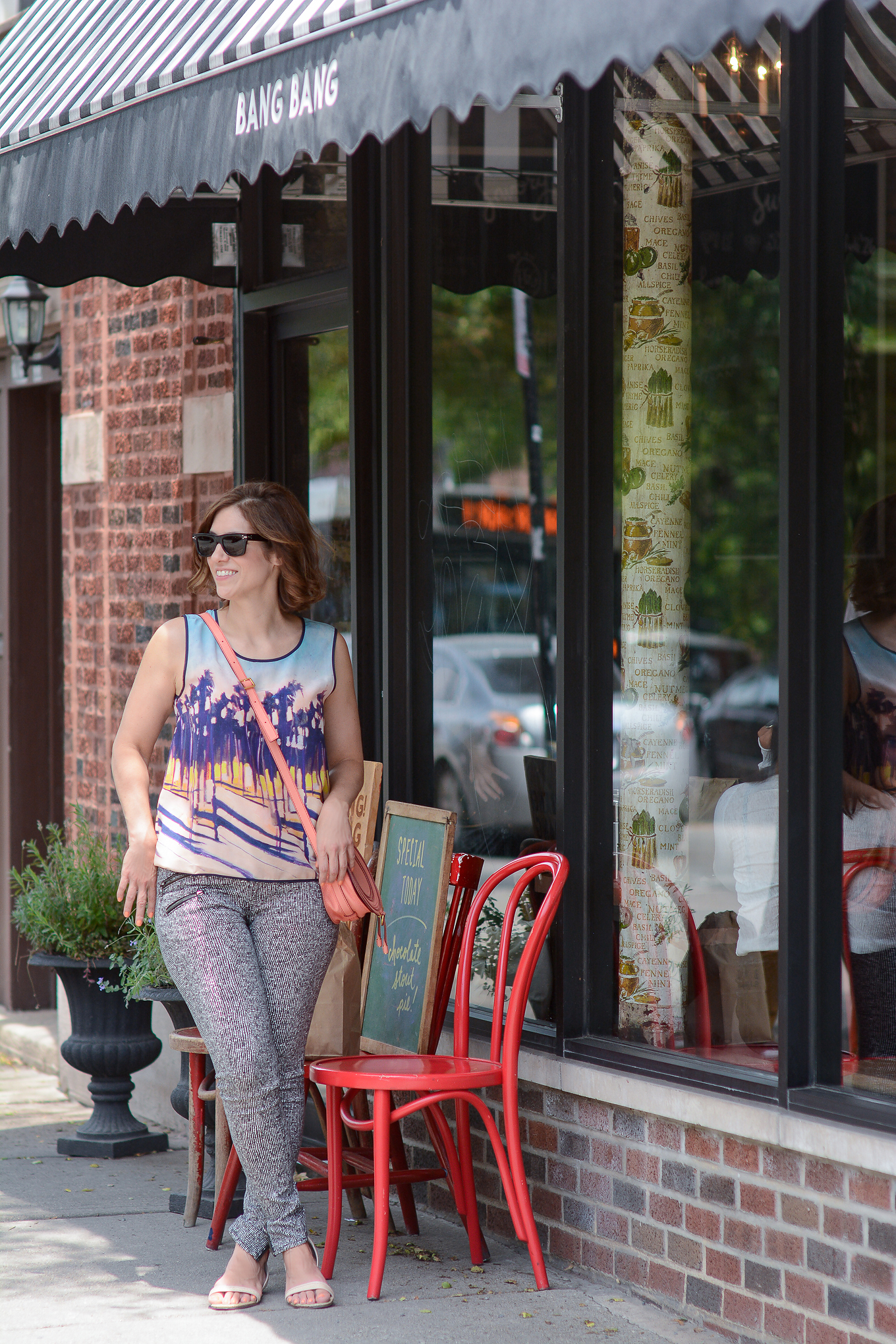 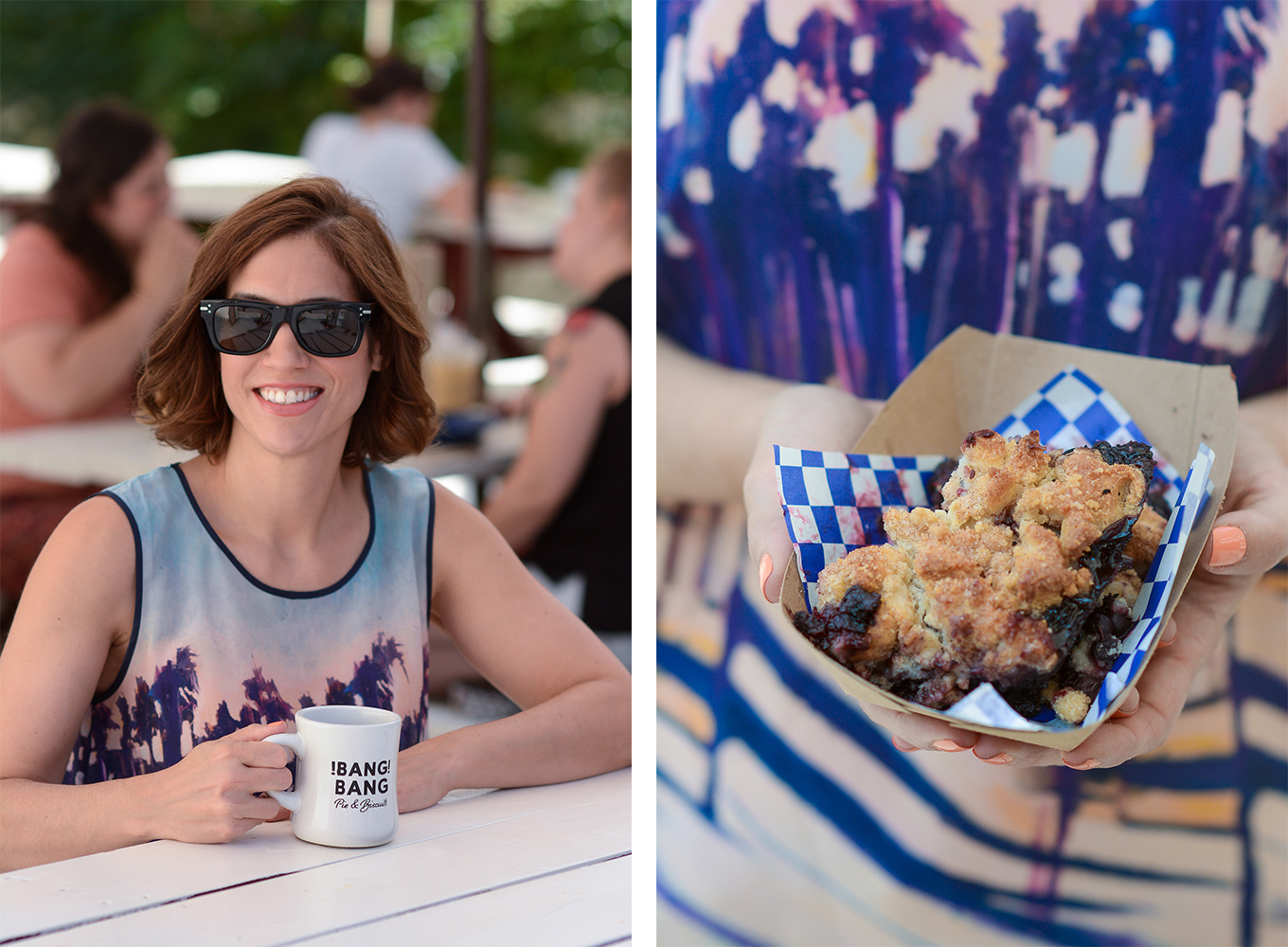 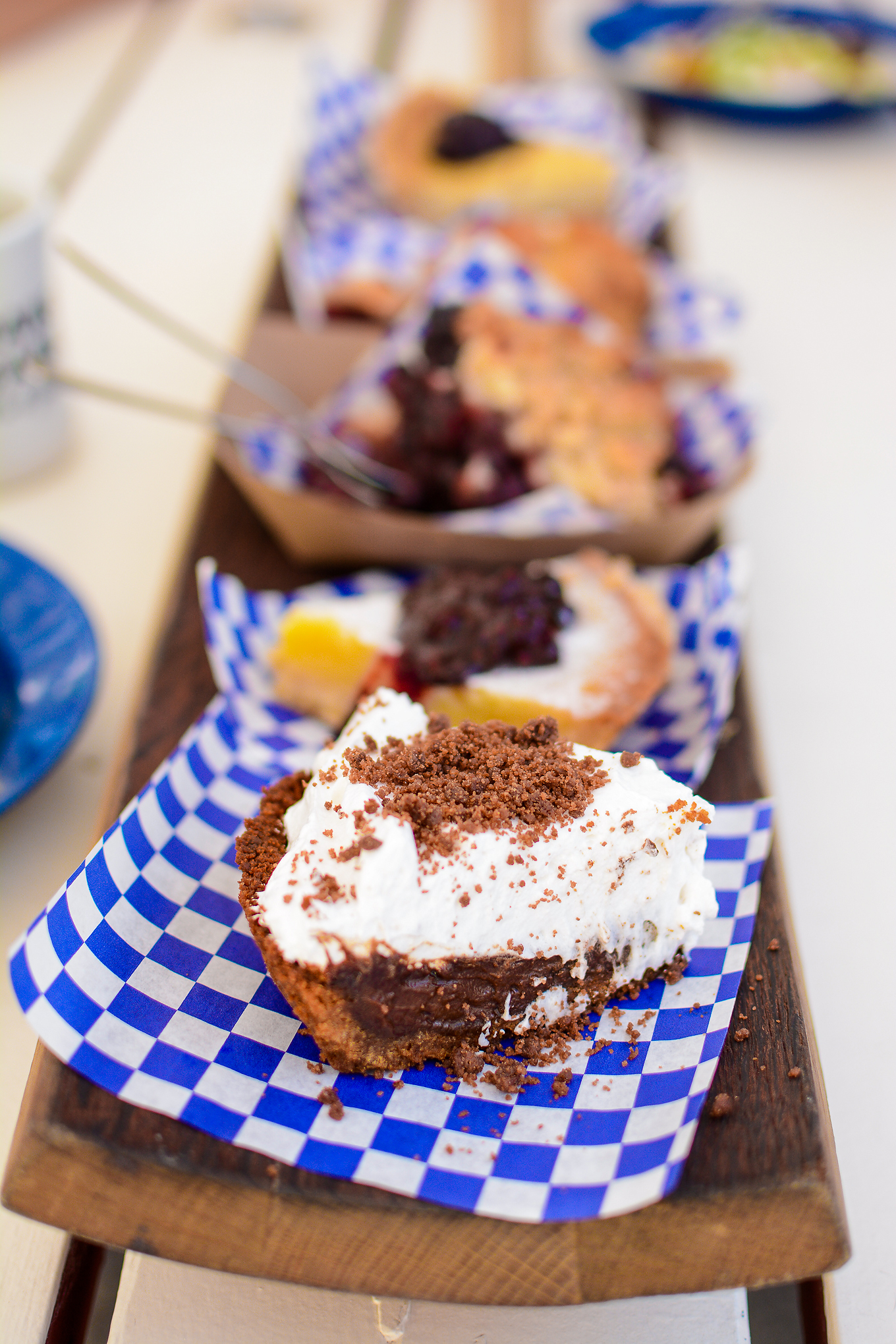 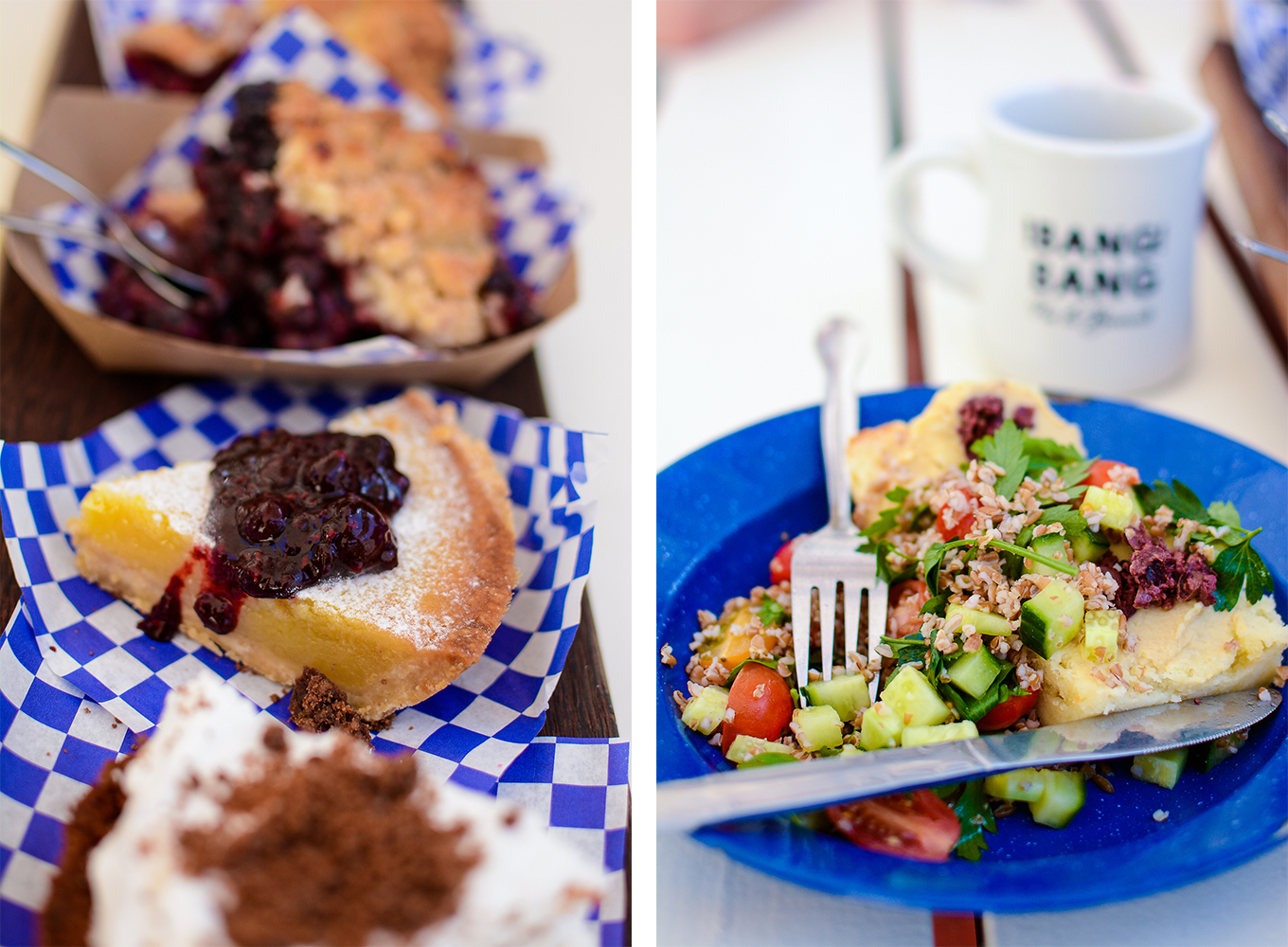 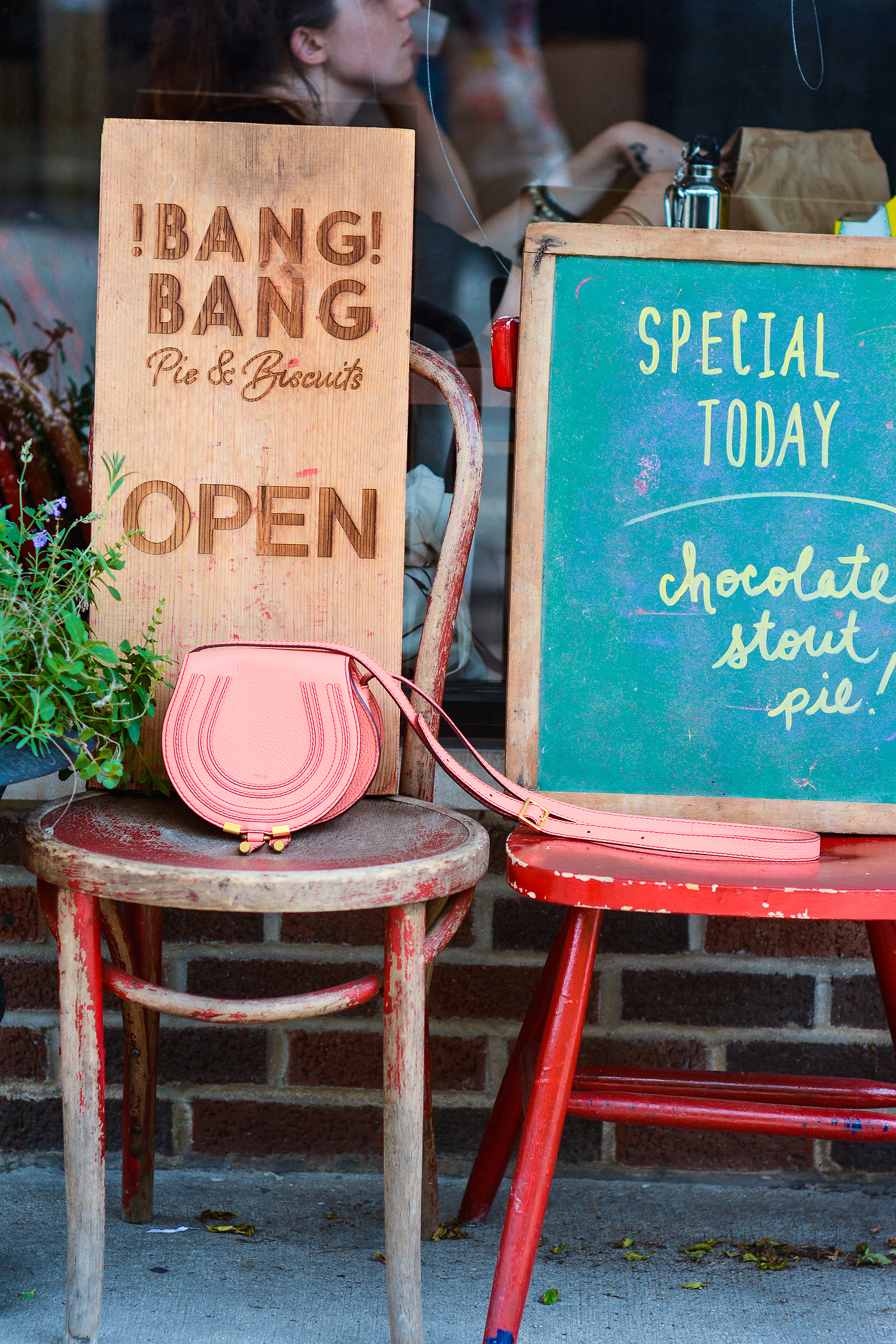 I have always had a law of opposites approach to dressing (mixed prints, feminine and edgy, high and low). My home aesthetic is similarly woven. And I most certainly appreciate a good contradiction as it relates to food. A healthy juice earns you a piece of pie, no? It’s called balance.

I recently set out for a little tour of opposites wearing this Mother of Pearl top I found on sale at Saks Fifth Avenue. I love the color-saturated print and loose fit. I paired it with these Rag & Bone jeans to add texture and slipped on these salmon-skin Givenchy flats that I found on sale a few summers ago. They have the shark-tooth clasp that I love for its edgy twist.

Owen + Alchemy is a local favorite. They have an sleek shop in Logan Square stocked with more juice combinations than anyone could ever drink, plus healthy bowls, salads and smoothies. You can also find the juices at Eataly (downtown) and Soho House (West Loop). NOTE: Owen + Alchemy has since discontinued its retail operation.

Bang Bang Pie & Biscuits is another Chicago favorite. The owner is a super guy named Michael. We used to work together at Forbes Travel Guide before he became a dynamo entrepreneur and pie magician.

The pies are heaven, as are the biscuits (because sweet needs savory). On this day I tried the Farmer’s dish: a soft, golden biscuit spread with hummus and topped with olive tapenade, cherry tomatoes, cucumbers and a bundle of herbs. Michael brought out a buffet of pies, including a cherry pie with pink peppercorns and tea leaves, and a special chocolate stout pie with a ginger meringue.

Bang Bang is located in Logan Square and the pies are sold in lots of restaurants in the city (Shake Shack fans know the Chicago locations use them in their frozen custard concretes).

Photos by Ashley of Sed Bona.